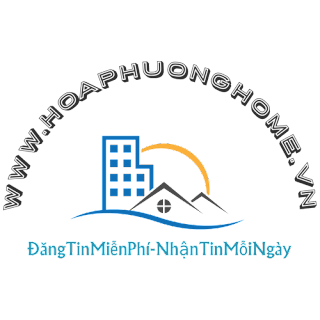 Posted by Unknown at 4:38 PM No comments:

Fast-food chain Pepper Lunch specialises in a style of Japanese cuisine that uses a teppan pan (iron plate) to cook food at your table, Phuong Mai reports from a HCM City mall.

HCM City, one of the more popular destinations is Southeast Asia, attracts four million tourists each year, many of whom come to sample the wide variety of food for which Viet Nam is justly famous.

In recent years, the city's food scene has exploded. From high-end to low-end, restaurants offer both local and international specialities that suit the tastes of tourists and locals alike.

For those on a budget or short on time, food courts at shopping malls have become popular, both for their convenience and reasonable prices.

Located close to Notre Dame Cathedral and the Municipal Post Office, the shopping centre's fourth-floor food court is a welcome respite from the heat or rain, and a pleasant rest-stop for weary feet.

Although it serves a variety of meat dishes, many customers appear to prefer the beef pepper rice dish at VND88,000.

The dish, which arrives at your table on an iron plate where it continues to cook, also contains maize and green onion. The butter hidden in the mound of white rice adds a rich flavour, as does the restaurant's signature honey brown sauce.

The maize is deliciously sweet while the beef, imported from Australia, is tender and juicy. The iron plate on which the dish is served helps to keep the food hot.

Apart from beef, the restaurant also has chicken and salmon dishes, including curry chicken pepper rice with cheese. Maize, green onion and cheese and the ever-present black pepper (for which the restaurant is named) contrast with the brown colour of the rice. The curry adds spice and fragrance.

The main dish is accompanied by a bowl of miso soup. With such generous portions, the meal is more than enough for adults. But side dishes maize, cheese, fried egg or miso soup can also be ordered, priced from VND8,000-15,000 (40-70 cents).

With its reasonable prices and hearty portions, as well as quick service, Pepper Lunch Express has deservedly become one of Diamond Plaza's most popular food shops. — VNS

Source : vietnamnews[dot]vn
post from sitemap
Posted by Unknown at 1:13 AM No comments:

HA GIANG (VNS) — The northernmost province of Ha Giang, which has the largest area under buckwheat in the north-western region, will organise the first ever buckwheat flower festival in early October when fields in full bloom and look most beautiful.

The festival will be held in Dong Van District together with a H'Mong panpipe festival, a tourism fair, and a photo exhibition about the Dong Van Karst Plateau, a member of the Global Network of National Geoparks.

Buckwheat flowers are small and turn from light pink to light purple several days after blooming. Their beauty has attracted a large number of tourists to Ha Giang's buckwheat flower fields in recent years.

The province plans to bring more under the plant in Dong Van District, including in seven communes that are popular tourism spots. — VNS

Where a special rice wine gets your goat

It is a goat meat restaurant and a rendezvous for gastronomes of traditional cuisine and the specialty drink from the ancient village.

The food is believed to be a cure for malnutrition and after a long illness, just like the cure that oriental medicine offers.

Meat goats that are fed for a few months at the farms in the suburbs of Da Nang, is used for cooking the best food as it is soft and does not have too much fat.

Male gastronomes often say this in whispers that goat meat is good for men's vigour when cooked along with some medicinal herbs.

"It is a traditional cuisine popular for generations among Vietnamese. Goat meat is an easy-to-cook dish that also smells delicious. It can be served steamed, barbecued, stir-fried or as a curry," the restaurant chef, Phan Van Sy, said.

"One often orders a thigh along with three dishes at a cost of VND600,000 (nearly US$30), while they taste other food at the restaurant," he suggested.

Tran Tuan is a businessman who often comes to the restaurant with friends for a weekend party.

"Seafood is always a regular choice at home or at a restaurant. I, sometimes, for a change, visit different restaurants for beef, chicken, pork or goat," Tuan said.

"However, I have to find out which restaurant is the best for its cooking style. Each restaurant cooks a speciality that the chef has mastered, and we come not only for the food but for the fun and the rendezvous," he said.

Tuan ordered a thigh for his group of four with three dishes - steam, grill and bamboo shoot hot-pot.

"It is a complete menu as we taste a thigh with delicious dishes, and you get the full piece for a reasonable price," he said.

Chef Sy sliced the 1.2 kilogram thigh into a filet to steam it with medlar seed, poor ginseng (acanthopanax), citronella, ginger and chilli.

"It is a mixture of yin and yang. Goat meat is cold and it needs warm and hot ingredients - medlar seed, citronella, ginger and chili - while ginseng provides the tonic element," the chef explained.

"It is a dish prepared very quickly, and served to visitors hot in five to 10 minutes. We suggest gastronomes use the steam with fresh water shrimp paste or salt with green chili and lime," he said.

"It is very tasty and delicious. The meat is very soft, and not tough. The flavour of the steamed meat is enhanced by medicinal herbs and citronella. I almost salivated when the dish was placed on the table," he said.

"The dish is often eaten with sliced green banana, fresh citronella and sweet basil as herbs stimulate digestion and are tasty," he said.

Tuan said the dish must be used with sticky rice wine from Chuon Village.

He said the village has a history of 600 years of producing wine, naturally fermented with pristine material.

"The village, situated near the Chuon Lagoon, in the Tam Giang-Cau Hai Lagoon system, was known as a place offering good rice wine to the kings of the Nguyen dynasty," Tuan said.

"Villagers still preserve the old recipe and the wine is the favoured drink of guests."

Dang Van Thanh, the owner of the restaurant, said he collected a very old brass pot that was used to make rice wine at the village.

"I set up a firewood stove and the pot at the restaurant to demonstrate the traditional production of rice wine from the ancient village," Thanh said.

"I also use a terra-cotta jar, which is a kind of cooling equipment used when the rice wine is being produced. We keep rice wine bottles in deep wells for months just as the wine was stored in the village centuries ago," he said.

He said the wine is not as strong as vodka, but it has the sweet-smell of sticky rice with low alcohol percentage.

The story of wine making was interrupted when the waiter offered the second dish.

The goat thigh, which was partly sliced for steam, with bone was grilled on a charcoal pit on the spot.

"It is primary cuisine that connoisseurs prefer," Vo Thi Thuy Tien, a staff member at the restaurant, suggested.

"Food lovers can cut every piece of the meat at the table or they can ask waiters to serve it," she said.

"The grilled dish makes for a change when you smell smoke and flavour of goat meat. The chef often soaks the thigh with citronella and chilli. You can smell the smoke of grilled herbs and meat," Pham Nhu Thanh, a visitor, said.

Thanh said the chef reserved the bone for making a sweet broth and bamboo shoot. The soup is eaten with rice noodles, or sometimes with rice and black bean soup offered at the party.

Sy, who has 10 years of experience in cooking goat meat, said the restaurant also offers a steamed chicken dish at VND230,000 per chicken.

"We offer guests steamed or grilled chicken set on bamboo trays with banana leaves. It reminds people of the cuisine and style from a village," he said.

He added that the restaurant also serves fish, frog and eel for different choices.

The restaurant, which is built with bamboo and timber decoration, has 100 seats.

It is quite reasonable for a meeting of family or friends on the weekend. — VNS

Source : vietnamnews[dot]vn
post from sitemap
Posted by Unknown at 1:13 AM No comments:

HOI AN (VNS) — The Hoi An People's Committee has decided to develop tourism and services in An My village in Cam Chau Ward to create more new attractions for visitors to the ancient city, a UNESCO world heritage site.

The tours will take in farming and fishing, with visitors doing work on farms like growing vegetables and rice and catching fish.

Located 3km from Hoi An and 1.5km from Cua Dai Beach, An My has paddy fields, natural ponds and vegetable farms. — VNS

HCM CITY (VNS) — With its green orchards, fresh air and tranquil setting, Tan Trieu grapefruit village in the south-eastern province of Dong Nai is an ideal place for weekend tourism.

Situated 40km from HCM City, the village is in Tan Trieu Islet in Vinh Cuu District. The 1,114ha islet is surrounded by the Dong Nai River. Though fertile, the place is only suitable for grapefruits since it is often inundated.

The village grows various varieties of grapefruits, but the most popular is buoi duong la cam (a kind that is very sweet and has small leaves like orange). In recent years village households have turned their grapefruit orchards into eco-tourism sites.

Nam Hue tourism grapefruit orchard is one of the most famous of its kind in the village, offering tourists various dishes made from the fruit like grapefruit salad, chicken steamed in grapefruit, and grapefruit hot pot besides wine.

The wine is produced by the orchard owner Huynh Minh Hue and put in grapefruit-shaped pots.

Nam Hue also has a one-hour sightseeing boat tour around the islet. — VNS